On the 6th April 2015, some of the most radical pension changes came into effect and with it comes a lot of uncertainty and a lot of questions from consumers.

There are indeed some pension providers who have chosen not to offer the new options to take cash or flexible income, and at least one has confirmed it would like to but hasn’t been able to do it in time.

However most providers who are active in the pension market have been able to make the options available within the relatively short timescale allowed, albeit not necessarily from every contract.

The truth is that providers are not required to offer these freedoms at all. The legislation is permissive, not prescriptive. So if the government feels they are “dragging their heels” over it then they will need to take a different stance.

Some of the main pension providers in the industry have recently announced their current position when dealing with insistent clients and we thought it would be useful to publish their responses below.

*Produced and provided to advisers by Simplybiz 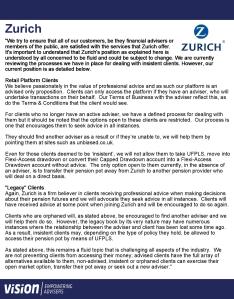 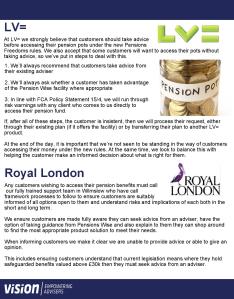 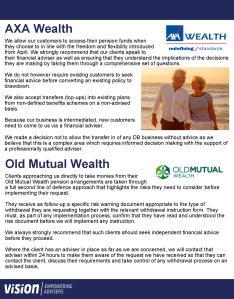